Amidst a whirlwind of interviews, meetings and walkabouts in the City of Tulsa, I had the privilege of taking part in the Tulsa Young Professionals Policy Agenda Setting session on the 17th of October 2017. The meeting involved members of the Tulsa Young Professionals (TYPROS) debating developmental issues at the state and local level, and developing recommendations to address these issues. These recommendations would be submitted to the Oklahoma state legislature at a later date.

Naturally, this important meeting was held on the hallowed grounds of a…bar. 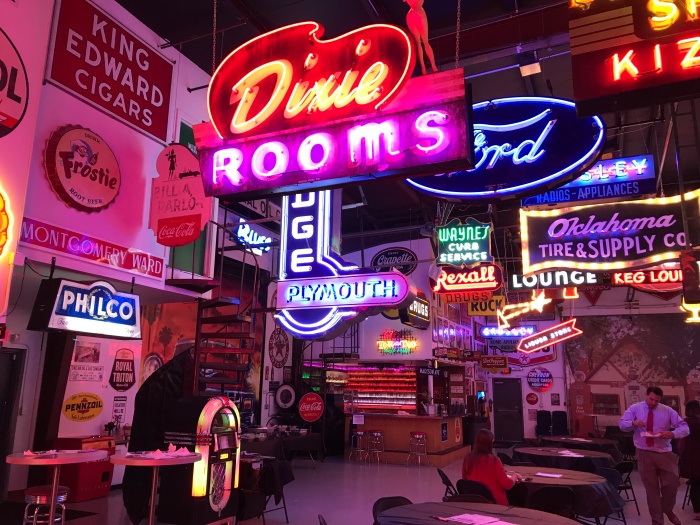 The Stokley Centre with its distinctive collection of neon signs

Indeed, the Stokely Centre on the outskirts of downtown Tulsa played host to the session. Upon entering the venue, I was quickly issued a nametag and just as swiftly directed to the open bar.

You must understand that from a Singaporean perspective, alcohol and politics do not mix. Where I come from, one does not associate sober and rational decision making with the temptation of an open bar. 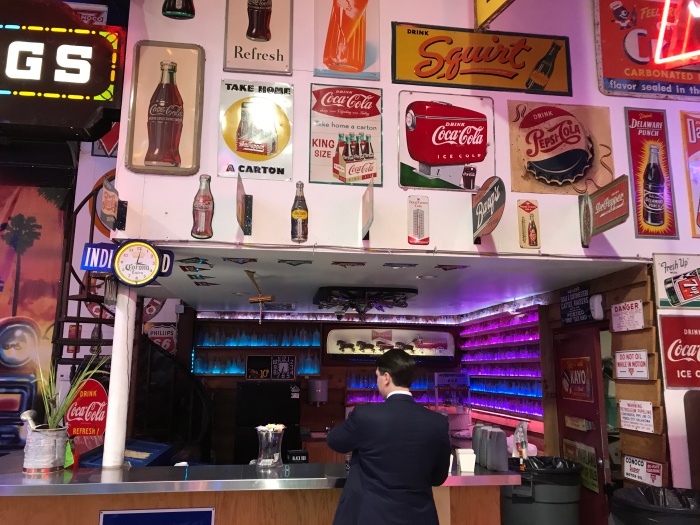 Especially an open bar as cool as this one

Slightly bemused, I helped myself to a large cup of Samuel Adams beer (somewhat apropos), took my seat and wondered how long it would take before the meeting started to meander like a drunkard heading home after one too many drinks.

But that never happened. The participants, all young and politically aware Tulsans, engaged in a robust debate about a range of issues from environmental sustainability to transportation improvements. The facilitators also did a fantastic job in skilfully leading the participants through what was a packed agenda to eventually arrive at a list of recommendations that all participants agreed with.

By the end of the night, I was pleasantly surprised to note that the alcohol, far from being a distraction, only served to enhance the collegiate environment in which the young participants felt comfortable enough to air their opinions.

Inspired, I decided to do some research and learned that conducting political meetings in bars is not a new idea in the United States. In fact, George Washington, Thomas Jefferson and John Adams issued the call for the first Continental Congress from a bar – the Raleigh Tavern in Virginia.

This is of particular significance to my country as political apathy, especially among the youth, is a growing problem. At the risk of generalising, I find that most young people, attached to a litany of digital devices, lead politically insular lives. Some question this notion that political apathy should be seen in such a negative light – after all, isn’t the lack of interest in politics a sign that the government of the day is doing its job well? In my opinion, recent political developments (from Brexit to the resurgence of authoritarianism), show that widespread political apathy is often a precursor to the political process falling prey to the tyrannies of misinformation, media spin and plain ignorance.

Perhaps if we were to re-examine our preconceived notions about the tone, tenor, and the spaces in which we conduct our political discussions, we might be able to find new solutions to the problem of political apathy.

P.S. I would like to thank TYPROS for providing me with the opportunity for such introspection – and of course for the free flow of beer 😉