Learned of the complexity of maintenance in Brunei.
The Sultan of Brunei loves and has high expectations for his gardens. Most maintenance of median gardens are contracted out. Landscape has 6 inspectors who check every garden in the City daily for quality assurance. Every hedge, tree, and flower bush are counted and sometimes measured. Every district has a nursery to accommodate plant maintenance and to decorate public events including private royal events. The Bandar nursery is 22 hectares with 15,000 plants servicing 1‐5 public events daily.

Plants are split and repotted daily to keep up with demand. Staff also try to save and repot old and dying plants. Some plants can only be purchased. They have the most trouble with the Sultan’s favorite flower which belongs to an exotic
plant that does not grow in hot humid climates. The plant typically dies several weeks after purchase. Staff are trying to develop methods of saving the plant in their climate. Current methods have not worked. Brunei is also experiencing a
labor shortage. Most gardening laborers in Brunei are older women. Gardening in Brunei is traditionally a trade for women. Hence, men would disfavor the job. With subsidized education through university, youth in Brunei are more educated than ever, favoring desk positions over labor. Most labor are foreign workers from Malaysia and Indonesia.

Visited a private public partnership (PPP) development with Brunei Shell Petroleum (BSP). BSP is building a community recreational park to celebrate the Sultan’s upcoming 50th anniversary of rule. PPPs are a fairly new concept in Brunei. Due to the recent successes of PPPs, Brunei has incorporated practices to encourage future PPP development in their long term planning.

Kuala Belait is sparsely populated. Within the City, most residents are foreign workers with BSP. Small villages of 30 to 50 people pepper the rural outskirts. Staff have been working closely with these villagers to bring waste management
practices to their community. The practice of throwing trash away in waste bins is completely foreign to these communities. Most villagers would throw waste directly under their stilt homes. Staff brought waste bins and small collection centers to these remote villages, educating the public on how to use them. Unfortunately, the new practice also spawned illegal dumping sites which are now closely monitored. 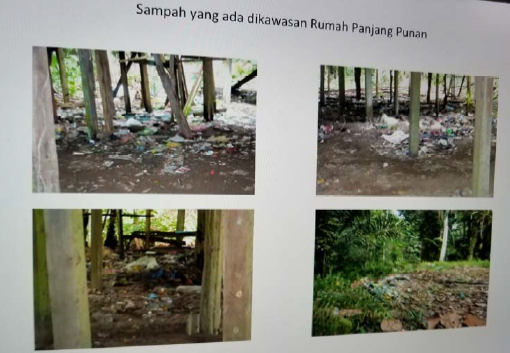 Selfie with Professor Goh Chai Li on the far right.

Students invited me to participate in their highly competitive ice breaker game. I was eliminated in the first round.

I was invited to speak with staff including the Director Denis Ho Mun Tai. They were interested in the American education system, particularly how American school districts act independently from government.

Presentation to JASTRe staff
I was invited by JASTRe Director Kairui to speak before JASTRe about Cedar Hill’s environmental sustainability program.

Friday August 18, 2017
Packing and morning exploration
In the morning, I was given time to pack and explored the neighborhood surrounding the hotel on foot. Much of the western stores have Arabic writing next to their logos. The Arabic writing on this McDonalds says “McDonalds.” You will see similar signage and direct phonetic translations for other stores like Starbucks. 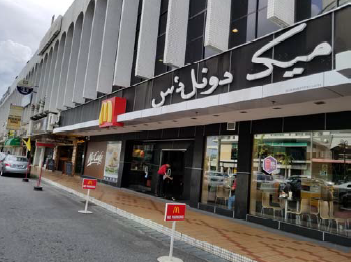 Bruneian hike and seafood
I was invited to have a Bruneian recreation experience at a local short course trail. The trail included 9 hills, elevated up to 524 feet, rope traverses and extreme climbs. The experience was fun. I was exhausted.

I was then taken to experience Bruneian seafood and taste their famous freshwater shrimp. I also experienced “chicken butts,” a Bruneian delicacy.

Saturday August 19, 2017
Temburong
Temburong is the least populated and the eastern most district in Brunei. The district is completely detached from the rest of Brunei by Brunei Bay. The only way there was via boat. Brunei is currently constructing the Temburong Bridge to connect the detached district to the rest of the country. I was able to see the bridge construction during my boat ride to Temburong. Due to safety reasons, I was not able to visit the construction site.

Mockup of completed Temburong Bridge and the boat to Temburong.

Visited Outward Bound Brunei, a recreational sports facility. The facility caters to families and school children interested in outdoor sports such as rock climbing and rafting.

Temburong Mini Zoo
JASTRe staff has the unique opportunity to maintain a local zoo. The zoo is currently closed to the public due to safety concerns but still has wildlife. JASTRe is working with the Ministry of Tourism to redevelop the zoo.

Kain Tenunan
JASTRe staff surprised me with a gift to the City of Cedar Hill. They presented a piece of hand woven fabric crafted with gold thread. This fabric, called Kain Tenunan, is worn on royal and state occasions and given to foreign dignitaries. 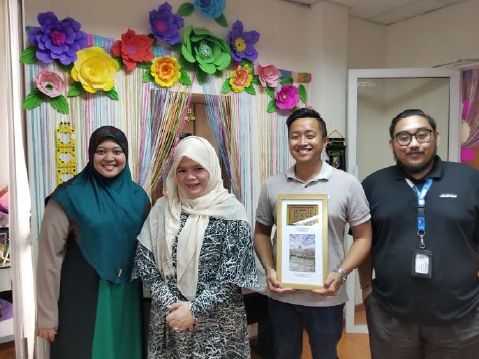 Home cooking
I was invited to Khaliq’s home for dinner where colleagues gathered around a grill. They were nice to give me a cake! 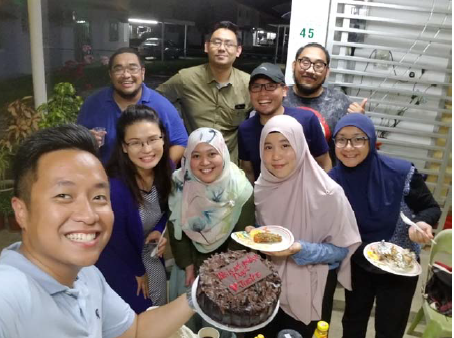 Sunday August 20, 2017
Bandar Kuceria (Happy City)
Every Sunday, Brunei hosts Badar Kuceria by closing a large portion of the capital city to implement a car‐free morning from 6 am to 10 am to allow small vendors to do business, reduce carbon footprint and encourage healthy living.
Imagine Washing D.C. closing all of its roads around the Capital Building and nearby landmarks. On this day, an organized run was also being held during the event. I could not help but rent out a bike, participate reducing the City’s
carbon foot print, get healthier and explore. I saw Bruneians’ love for recreation.

Families would ride together alongside thousands runners. Colleagues told me that during the initial Brunei Kuceria, the public participation was low. So the Sultan and Crowned Prince got involved by riding their personal bikes to promote the event. Bikes around the country sold out. The Royal Family and ministers are now regularly seen at the event.

At the Omar Ali Saifuddien Mosque with our bike rentals. 18 km logged!

Boat ride and Flight
Due to the road closures, the only way to Bandar Kuceria was via a boat taxi. We lucked into a boat taxi with a very American namesake. I had one last coffee break with my Bruneian colleagues and now lifelong friends before I went
into the plane to go home.