We traveled for several hours to reach Xayabouly, which gave us an opportunity to discuss food ways and traditional agricultural practices in the region. In addition to farming rice and beans, many families keep their own livestock and collect fruits, vegetables, and herbs from the jungle. My host noted that although many rural provinces have lower incomes, they are rich in natural resource – fertile soil, jungles full of food, and hardworking people. 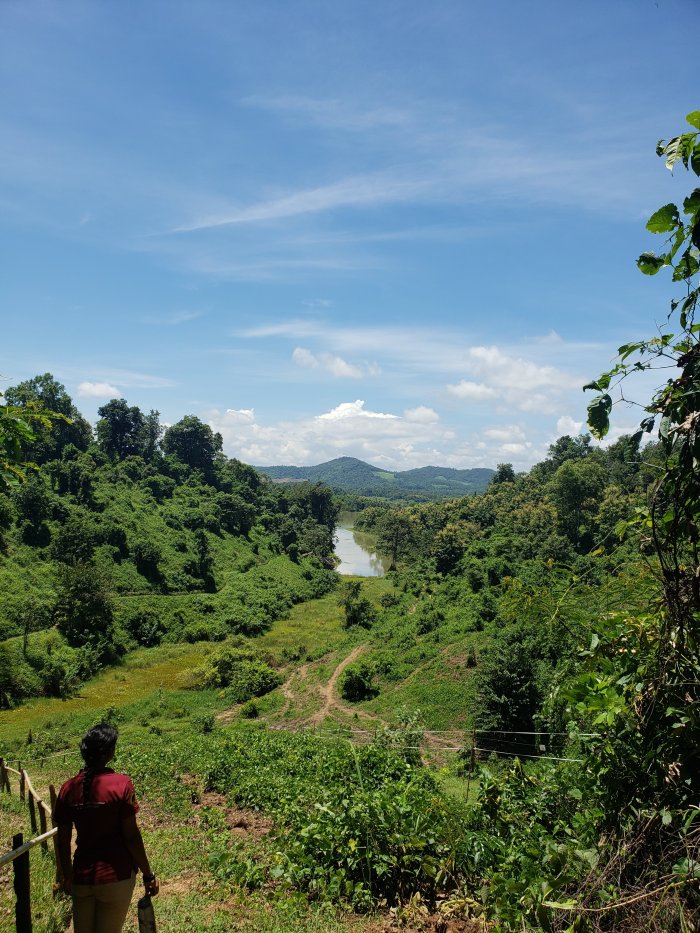 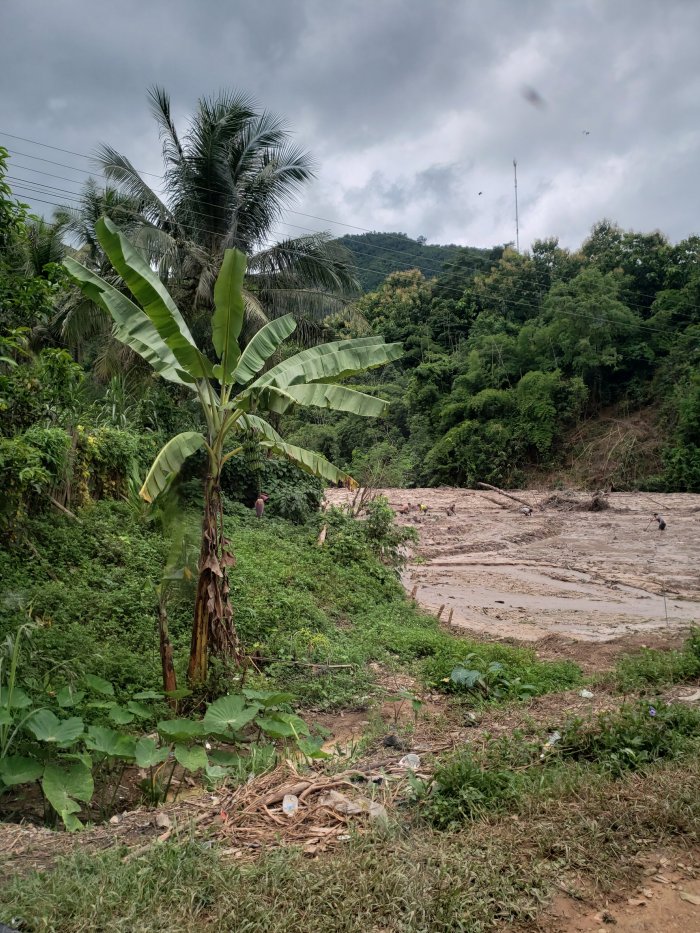 Banana and rice field impacted by mudslide alongside roadway

I also leaned that the government has implemented a policy to expand the jungle to 70% of the nation’s land mass to help combat destructive flooding and mudslides. Another notable policy change to promote jungle sustainability is the discontinution of export logging. In the past, vast amounts of timber were exported and then made into furnished products in neighboring countries. The government is providing vocational training for those impacted by the loss of this industry and is focused on exporting finished products, as opposed to raw materials.

When we reached Xayaboury province, I met with the Vice Director to identify their Department’s goals for my exchange. 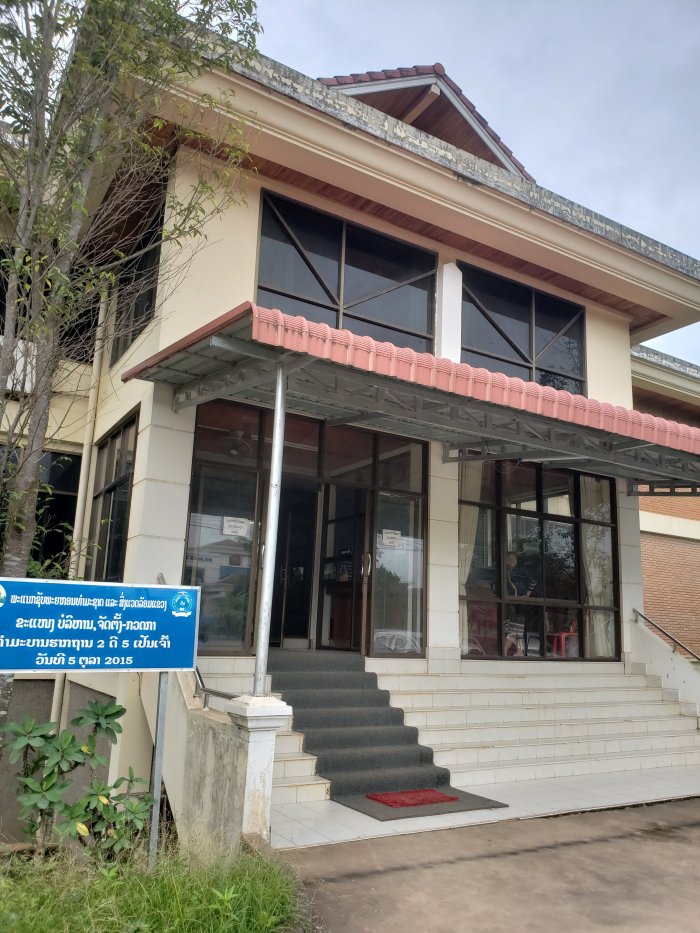 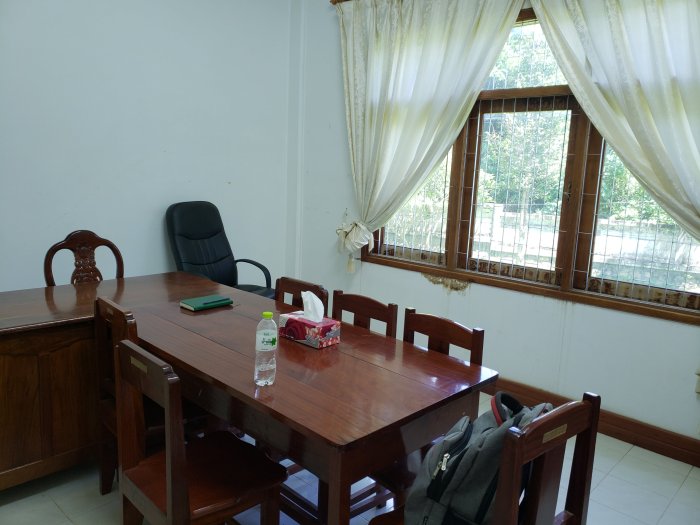 My office during the exchange

The Vice Director asked me to visit projects sites and learn how Lao PDR is improving the social and economic status of its people while using environmentally respectful methods. He noted that it was important to department for me to attend cultural events and development a better understanding of Lao culture. Noting that if Lao PDR and US governments repsect and understand each other it is easier to work in harmony. In exchange, I agreed to share what I have learned with my government, coworkers, and friends. 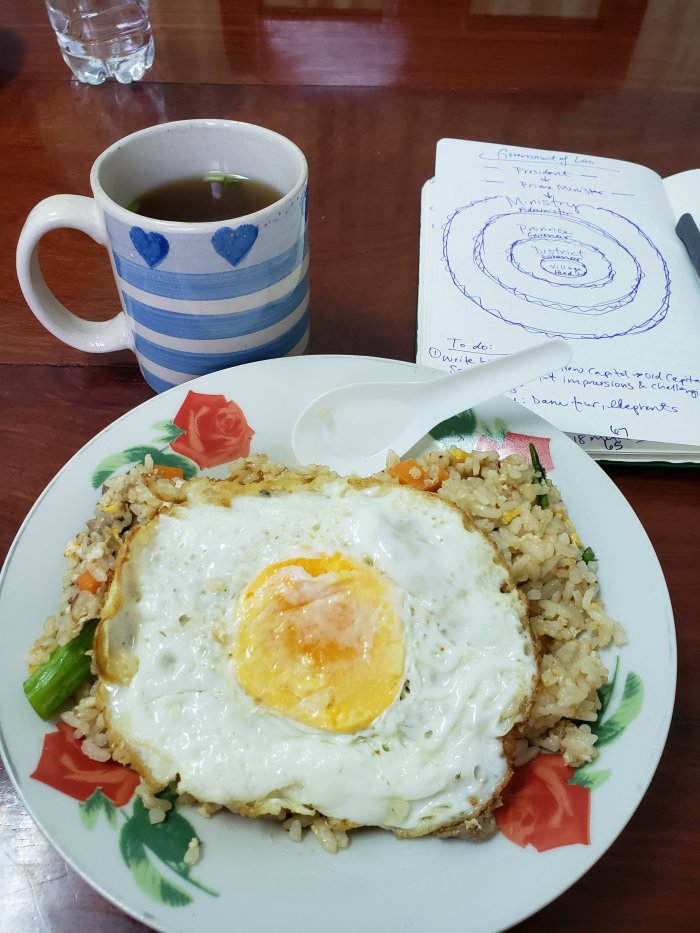 The first project site I visited was the Xayabouly Hydroelectric Power Plant, which will utilize the energy of the river to power turbines of electricity for local consumption and export to Thailand. 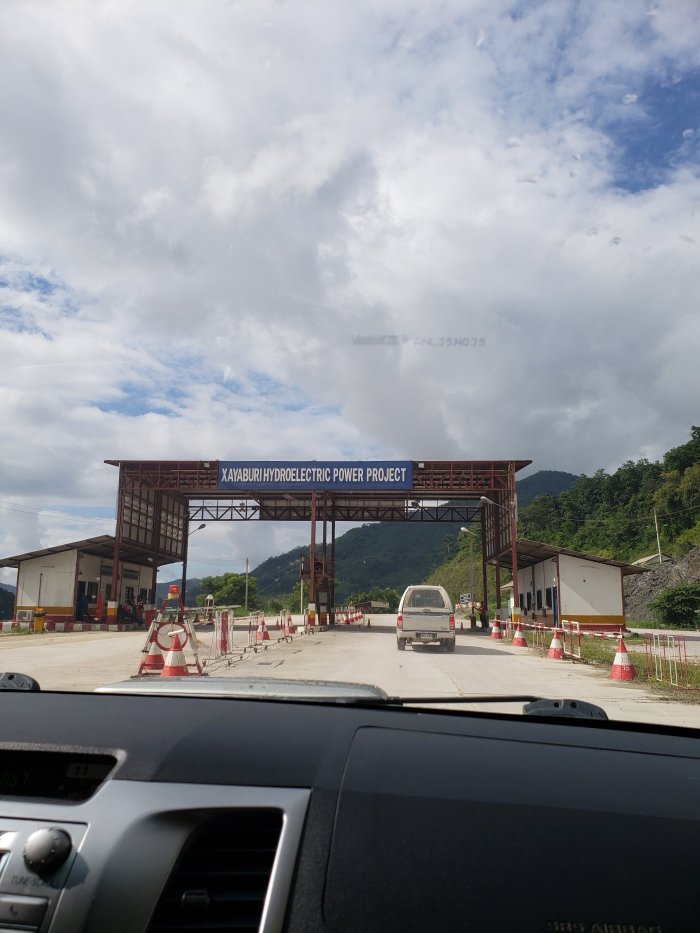 The location was selected because it is the point where the catchment and flow are the greatest. Although there are already smaller hydroelectric turbines along the Mekong this project is a multibillion dollar effort that utilizes the most current technology from around the world. 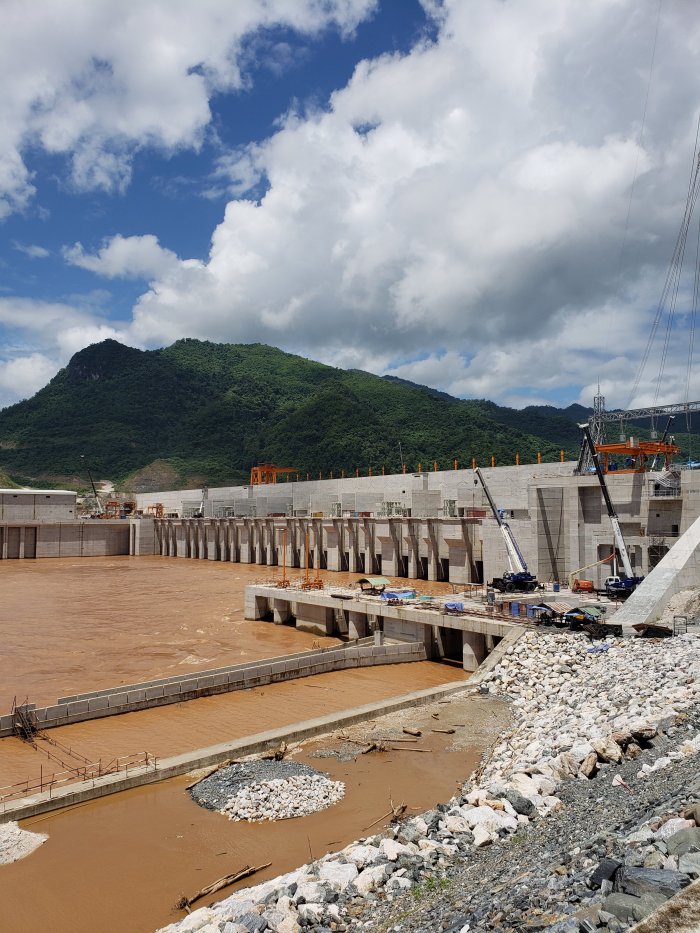 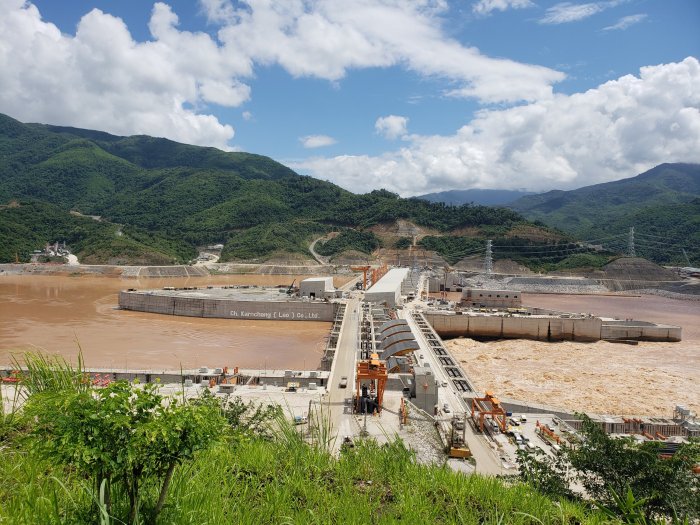 Plant is 96% completed and scheduled for opening in 2019.

The plant is granted by the Lao PDR, funded by a bank consortium with a 30 year loan, and contracted by a coalition of the government and awarded bidders. Once the plant is completed the government with third party advisors will enforce environmental regulations at the site. Additionally, the National University is studying the plants impact on the fish populations in the Mekong.

Unlike some hydroelectric plants this is a zero retention structure with a navigation lock for ship travel and fish passing facilities to protect the survival of local fish populations and the livelihoods of local villages. For the plant to be constructed 612 households, 3,063 people, were relocated. 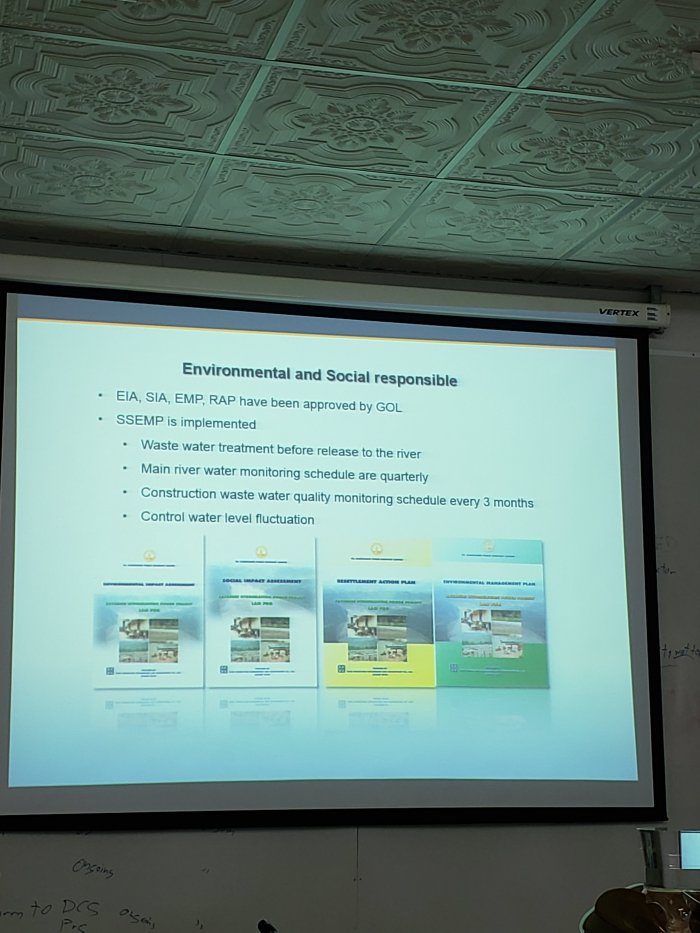 Goals of resettlement in accordance to government of Laos (GOL) policy.

In addition to human resettlement, the entire constitution zone including temporary buildings, offices, dormitories, a quarry, and concrete factory must be dismantled and reforested. Once the plant is completed a tourist center will be constructed to educate locals and visitors on hydroelectric power, forest and fish conservation. 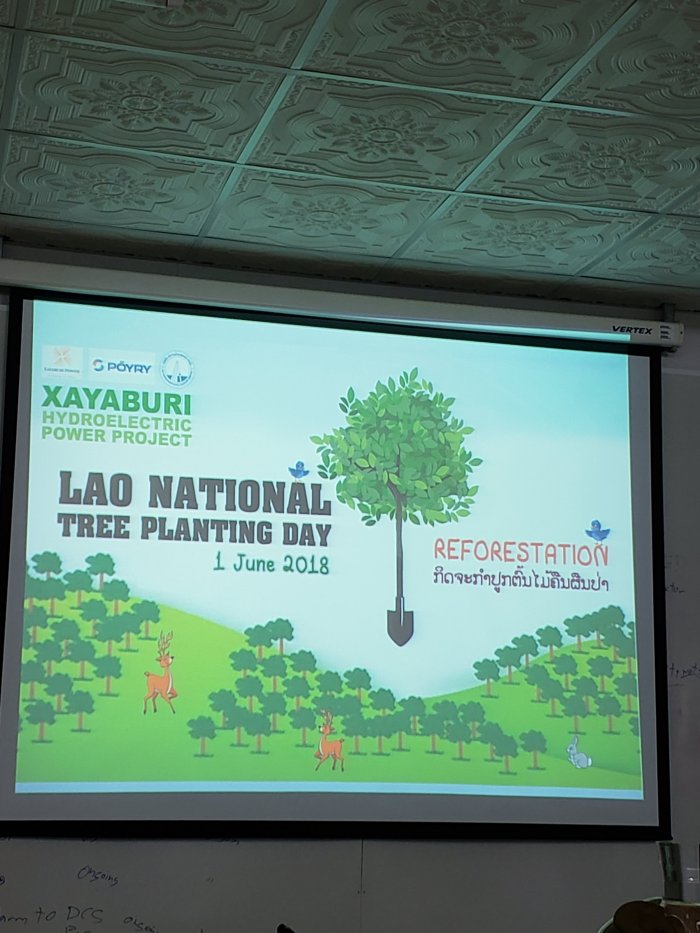 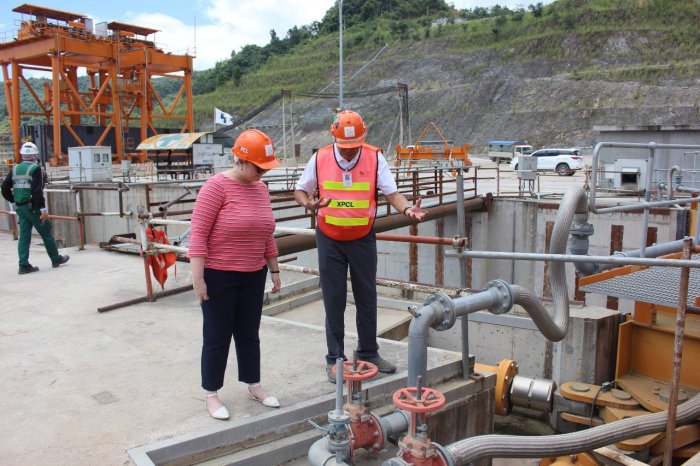 The next site visit was the organic rice plantation and fishery in P. District. This coalition of farmers is structured through the GOL and funded by private and public international investors. The objective is to provide rice farmers with access to the latest farming technology and provide access to higher end export markets. The demand for organic goods is expected to rise especially in China and Singapore. Farmers own their own rice paddy and the GOL established and enforce growing and harvesting standards. The GOL also price sets so that if there is more stability in terms of budgeting. By 2025 the program hopes to double participation in the coalition. 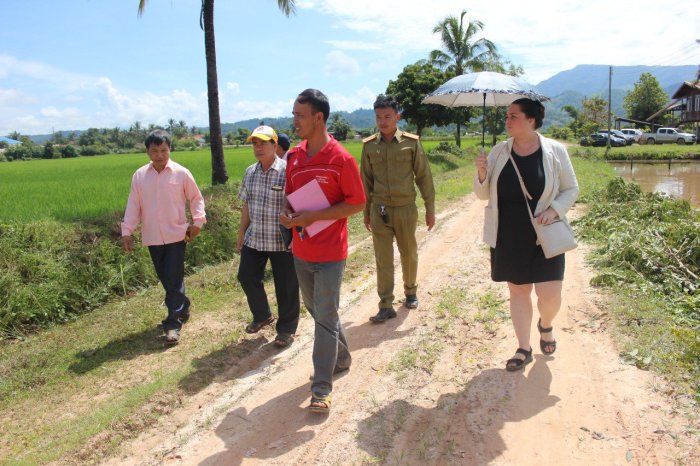 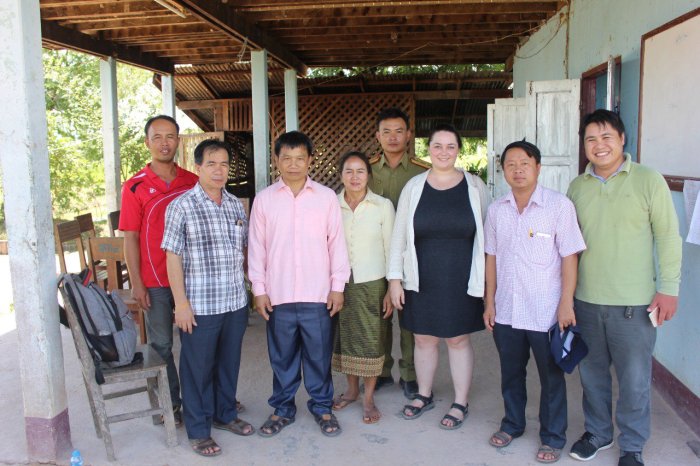 Touring rice paddys in the coalition