I flew from Jakarta to Surabaya, which is located on the east side of Java island, and met with Riska and Amir from ECOTON, a NGO whose mission is to stop river pollution and promote conservation practices. Our first stop was to the Wonorejo Mangrove Education Center where we met with Ratno, a local environmental leader. Ratno has been leading an effort to restore mangrove populations on the banks of the protected Brantas River and will soon be receiving the Kalpataru environmental award. Ratno also manages several shrimp ponds that receive water from the Brantas River, which currently has many environmental issues as you will see by my photos below. 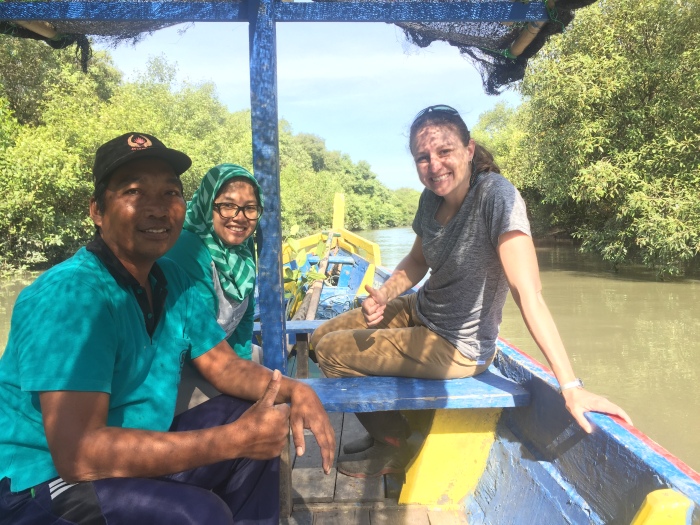 Riverboating on the Brantas River with Ratno and Riska. 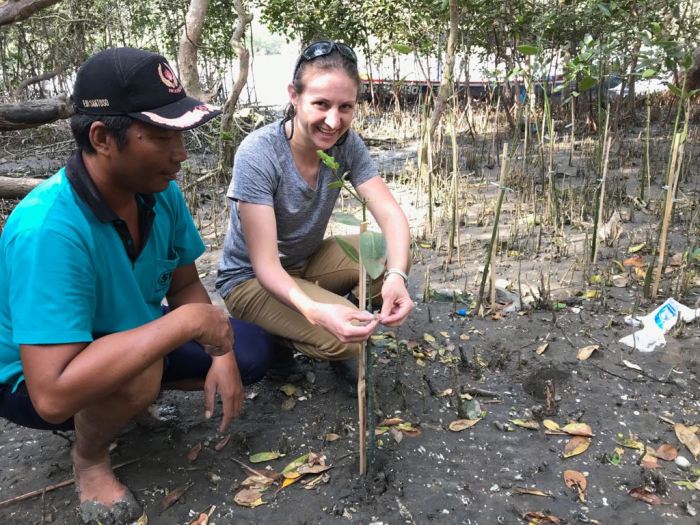 This is one of my favorite pictures that I took during my trip. It showcases a shrimp pond cabin. 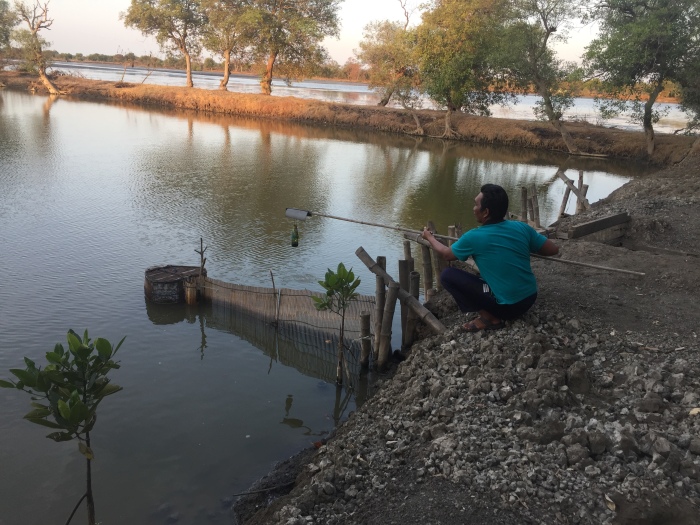 Ratno setting a shrimp trap using a candle. The shrimp will be attracted to the light throughout the night.

I stayed at the ECOTON training center during most of my stay in Gresik, and it was always bustling with people. There were multiple graduate students working on projects, lawyers researching pollution cases, and the energetic director, Prigi, running around and spending time with all of them. After I gave a presentation on stormwater to a mixed audience that morning, we spent the afternoon riverboating on the Surabaya River where we observed a very smelly paper factory discharge pipe, and a lot of garbage which mostly consisted of used disposable diapers. Later I found out that most people who live in the area do not have access to garbage disposal, so they burn their household waste. However, there is a tale that says if you burn diapers, your child will break out in a diaper rash and fever, so people throw them in the river instead. Luckily ECOTON is fighting to keep diapers out of the river, and have installed proper disposal areas in villages.

Used diaper build up in the river

New bins for diaper disposal made possible by ECOTON

I judged an English competition at SDIT Yaa Bunayya elementary school where children told their stories about the river. The school welcomed me with a marching band performance, flowers, and even a banner with my face on it! It was adorable, and very welcoming to see so many excited students. After, we drove to the river and saw more poor environmental practices from factories. I witnessed the dumping of plastic garbage in villages for people to sort through, the reuse of dried hazardous waste sludge for the community to use to sole shoes, and wastewater coming from an outfall pipe that is a serious threat to human and environmental health. I also witnessed the Lakardowo women’s group who is currently protesting a factory that has contaminated the air, groundwater, and soil so badly in their village they can no longer eat their crops and have to bathe in bottled water.

English contest with me as the judge

Plastic dumping by paper factories. The man in this photo is looking for recyclables that he can exchange for food. 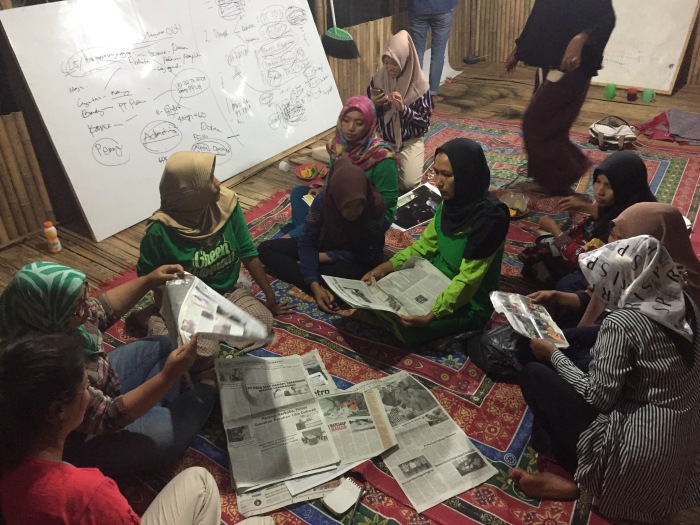 Lakardowo women’s group preparing for their court case to fight for clean water and soil.