The first thing I see that it is a Scottsville – a small town of Virginia. Yeah, it is a very small town with 600 residents who are living around the James River. The first day that I have met Matt Lawless who is a Scottsville Town Administrator, and he picked up me at the city of Charlottesville as a big city here. He was well organized the schedule during my stay in the City of Scottsville. He booked a beautiful apartment in High Meadows, which is not too far away from the office of Scottsville with 5 minutes by biking. In the second day, we did a gentle hike along with the James River. It is a great moment so far. 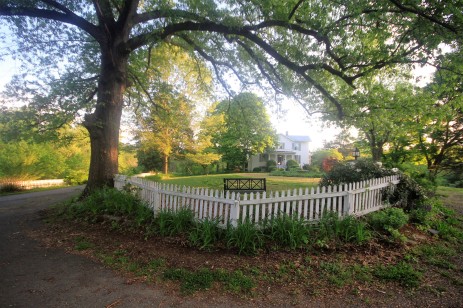 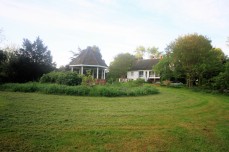 An apartment at High Meadows

The James River is one of the best destinations to attract tourists nearby by the Scottsville and from other Counties, such as Buckingham, Fluvanna, and Albemarle. The James River has attracted both domestic and foreign tourists by services, such as river padding and goes fishing.

On the way to the city of Charlottesville, it was a great experience to drive a car on the green road. We also did talk about the culture, working styles and community issues of Scottsville people are facing now.

Then, we also have had a chance to visit a book store at Charlottesville for a while. It should be the store of the book world in this town. There are lots of book from over the parts of the world. We spent some time walking around the store and sitting down to read books.

On this evening, Mr. Matt took me to the house of his friend, and we did have dinner together. Then, it was a great memory for me when it is the first time to gather with US young people to watch the movie of “Game of Thrones”. They said that it is the best movies for the US population at this moment. We also played a game of selecting a guy who will be died at the end of the movie. What a fantastic day! I love the town of Scottsville now!!!