It’s has been such an amazing experience to see the dance of indigenous people in the 27th Annual Monacan Indian Nation Powwow, which is taken place in Southern Virginia. We took a 2-hour drive from Scottsville to Amherst County where the majority of the Monacan people are living in Virginia.

The first thing that we saw is a stunning landscape of the Monacan tribals. The Monacan Indian Nation is located in the Piedmont region of Virginia, adjacent to the Blue Ridge Mountains, Amherst County. This area has been occupied for more than 10,000 years. Monacans were traditionally a mound-building culture. 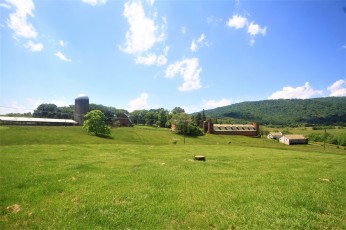 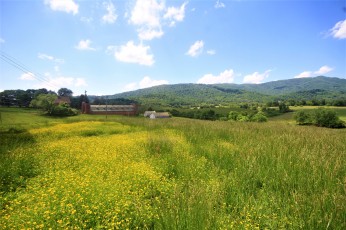 We did talk with residents there, and we found that Monacans hunted deer, fished the rivers of their territory, and they have been farming corn for more than 900 years. They were also known to mine copper, and they become traders with other Indian tribes, trading copper, which was highly valued for items such as shell beads. So, that is why their dance depicts daily activities such as hunting, fighting with animals and party ceremony when food is available in the community. 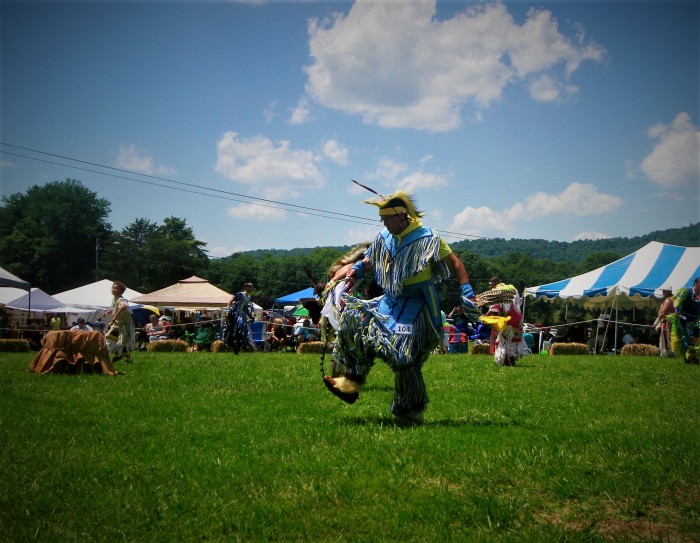 We have had a chance to dance with them during the festival. 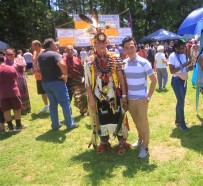 Today, 2,000 members of the Monacan Nation are self-governed by a chief, assistant chief, and tribal councils elected by tribal members. The tribe is focused on revitalizing its cultural traditions and language. So, residents involved in the festival exhibit various products made by the Monacan. 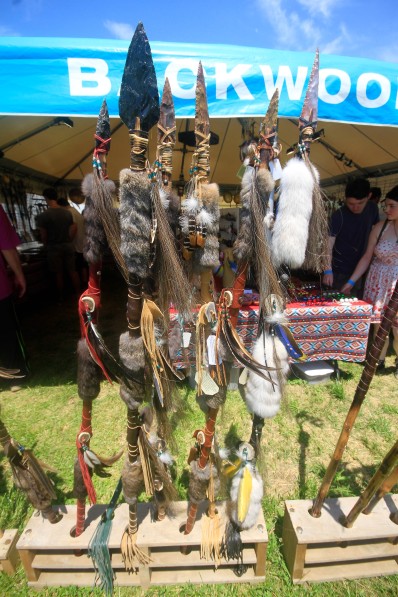 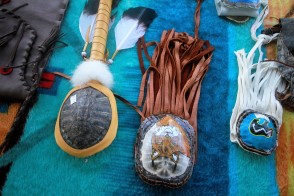 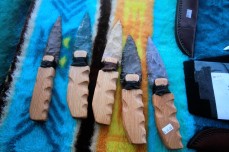